What’s the biggest cause of radon infiltration in homes? Some may say poor ventilation. Others may argue negligence. At the source, the culprit is actually misinformation.

Many people lack awareness of what radon is, how it can enter our homes and how to mitigate the threat. And it’s not just homeowners who have faulty information about this dangerous gas found in our soil – builders, contractors, realtors and others also hold problematic misconceptions.

Our radon mitigation experts are here to clear the air on some of the most common radon myths. Which of these have you heard?

“I’ve lived in my home for 30 years and never had any issues.”

Statements like these are common. People may be familiar with the statistics, like the fact that nearly 22,000 people die from lung cancercaused by radon each year. But until it happens to them or someone they know, people remain skeptical of the threat.

While researchers understand the link between radon and lung cancer, some people may be more susceptible. For example, overall health and even genetic differences can make some individuals more prone to developing lung cancer from radon exposure.

There are many factors involved, but the health risks of radon are real – and preventable.

2. If a home has high levels of radon, I’ll be able to detect it

Radon is called a “silent killer” for a reason. This radioactive gas is odorless, tasteless, and colorless. Unlike other gases like carbon monoxide that have a distinct odor, radon is essentially undetectable to our senses.

Since humans alone can’t identify the presence of radon, diagnostic tool kits must be used to accurately assess radon levels in a home. Without regular testing, radon can seep into homes without ever being detected.

3. I can just air out a home to lower radon levels

Some real estate agents offer this suggestion during housing transactions as a way to lower radon test levels. Not only is this an ineffective method, but it also violates radon testing protocols that require homes be in a “closed house condition” for accurate assessment.

Plus, the EPA notes that a home’s radon levels typically return to previous values within 12 hours of closing windows anyway. Realistically, this method is not a long-term option and can actually reduce a home’s indoor air quality by bringing in other outdoor pollutants.

4. Radon is only an issue in certain kinds of homes

Another myth is that only tight houses and houses with basements are susceptible to radon. The reality: Allhomes – old, new, drafty insulated, basement or no basement – can have radon problems.

Why is this? Radon comes from the breakdown of uranium in soil. If a house sits on soil, then it has the potential for radon infiltration.

Many homeowners also assume that radon is not an issue in new construction homes. After all, it’s the builder’s responsibility to test radon levels and include the proper mitigation solutions, right? Not necessarily – because, as all pros know, building codes vary vastly from state to state.

It’s not uncommon for builders to forgo proper radon testing and mitigation, viewing it as an added cost. Unless local building codes require RRNC, there’s no guarantee that new homes are properly protected.

5. My neighbor’s home has low radon levels, so mine probably does too

The factors that affect radon levels, such as soil composition and ground permeability, are specific to a home’s plot of land. While it’s reasonable to assume that neighboring homes probably have the same soil and permeability, this isn’t necessarily the case.

Additionally, differences in home construction between neighboring homes can also account for varying levels of radon. Radon travels the path of least resistance, so if a home has more potential pathways – like cracks in a basement – it may have higher levels.

6. Once you have a radon mitigation system, you don’t need to test again

Just like any appliance, radon mitigation systems will lose efficiency over time. The average lifespan of a radon fan is 5-10 years. If the system was not properly installed, the system can also be less effective.

On top of this, radon levels fluctuate seasonally, with higher levels during the winter months. Occupancy, or how residents live within the home, can also affect radon levels. With all of this in mind, it’s recommended to test a home’s radon levels every two years.

All in all, education is the key in the fight against radon. People who don’t know or are misinformed about the risks of radon don’t do anything to prevent it; those who do know, test. 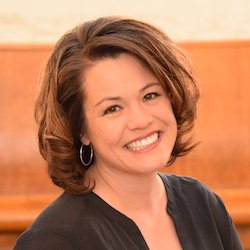 Crystal Lytle is Fantech’s Radon Sales Manager and is actively involved in radon awareness and mitigation efforts. She is currently the Vice President of the American Association of Radon Scientists and Technologists (AARST) and has served at the AARST Symposium chairperson since 2015. Lytle is a member of Cancer Survivors Against Radon (CanSAR) and is also a founding member of the Women Against Radon campaign. As a Colorado resident, Lytle also spearheads efforts to advance radon-related regulations in the state.

Want more indoor air quality insights from Fantech? Subscribe to the Fantech newsletter to get the latest IAQ trends and product updates delivered to your inbox.

Fantech makes air quality control easy thanks to decades of research, development, and refinement that continue to push the industry forward. Learn which Fantech solution is the best fit in your next project today.